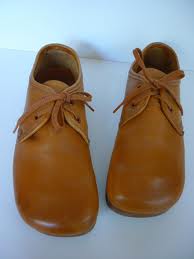 And so it begins.

The Jardin des Tuileries was deserted on a dull gray winter afternoon as the mousey, stick-thin American girl set out to cross it on her way to the Louvre. She observed that no one sat in the cold chairs by the fountains. No children ran along the paths that crisscrossed it. No one strolled slowly along, admiring its parterres. It would be several months before the famed Parisian spring was to arrive. Now all the flowerbeds were empty and colorless, except for the bright blooms of red lipstick on discarded Gauloises Bleues butts that had been planted casually here and there.

Bonnie Huber wasn’t wearing any lipstick or smoking French cigarettes, so she had nothing to add to that winter garden-scape. She also wasn’t wearing her warmest winter coat, the one that held up to Minnesota winters and kept her warm when she was crossing the tundra known as the St. Agnes campus. That coat had been left at home in St. Paul, since she figured she could handle a Paris winter in her plaid zipped-front jacket. She’d also left her very unfashionable lined Sorel snow-boots behind, figuring there wouldn’t be any snow and that her brown earth shoes could handle it. And there hadn’t been any snow.

Instead there had been rain. And many deep puddles that she’d had to traverse in her low-heeled earth shoes. But even soggy socks hadn’t dampened her enthusiasm for the January term in Paris.

She liked best the free afternoons, when students in her group could do as they wished. Today that meant a long afternoon exploring the Louvre museum. She planned to take in every bit of it, hoping to spend hours admiring the Mona Lisa and all of its treasures; she also hoped to have enough time to visit the nearby Orangerie, home to the famous Water Lilies paintings by Impressionist painter Claude Monet.

She knew she would not see a single one of her classmates at the Louvre. The rest of the girls—all sophomores in Mademoiselle Fliegel’s French class at the all-female College of Saint Agnes—were headed straight to the popular left bank, to the Rive Gauche restaurant that had authentic Italian pizza and authentic cute, young Italian waiters. Instead of practicing their French, they spent hours tasting the delicious stone-oven-fired pizza and the charming tongues of the Italian boys.

But not learning a word of Italian.

Bonnie thought they were wasting their time, particularly given that most of the girls had boyfriends who were attending the all-male College of St. Peter, just a few miles from St. Agnes. Bonnie didn’t have a St. Peter boyfriend, and even if she had she wouldn’t have bothered finding an Italian substitute to keep her entertained while in Paris. She spent her free-time elsewhere, exploring Paris on her own, eating French street food like crepes and dining on straight-from-the-oven baguettes.

Almost all of her classmates had been friends together in the Catholic High School near the college, and they all had learned many things that she hadn’t in her suburban public school. Like how to talk to foreign boys they didn’t know in a language they could understand. “The international language of LOVE,” her classmate Nancy had gushed, having scored a date with the cutest of the Italian waiters! Oh puke, Bonnie had thought.

Bonnie also hadn’t learned how to have the glossy, long hair they all seemed to have, hair that effortlessly could be swept into beautiful, wavy ponytails and fashionable chignons. Bonnie’s hair was limp dishwater blond that couldn’t hold a curl and quickly lost its grip on ponytail bands, turning into an ugly haystack mess in moments.

Or it had been that way the day before. Bonnie had marched into a salon the previous afternoon, one that was near the hotel where they were housed for the month. In her very best college-sophomore French, she’d asked for a perm.

Frisé, she’d said. She knew that meant ‘curly’. It wound up good old American frizzy, tightly crimped in a wavy mess that stuck out in all directions from her head. Her attempt to blow-dry the frisé out only made her hair look even fuzzier. She had not learned the true secret to hair care, that what looked effortless required much effort. Her roommate, a buxom girl named Carol Simon, had offered her the use of her rollers, explaining that all Bonnie needed to do was put her permed hair into the big rollers, while it was damp, and let it dry for several hours (or overnight), then carefully brush it all out in the morning aided by any of the numerous hair products Carol had hauled along. Her frizzies would be gone.

Well. What had been the point in getting curls put in if you had to spend hours getting them out, every day?

So Bonnie visited another salon on her way to the Louvre.

And with that, the hairdresser cut the frizzy perm off, all of it except for the final few inches, which left Bonnie with her first-ever curly short haircut. It was still a shock to look in the mirror and see the thick nest of dishwater blond curls framing her heart-shaped face, curls that called attention to her big blue-gray eyes and her tiny, imperfect slash of a mouth. But at least she wouldn’t have to bother with curlers and hair products. She would just have to avoid looking in mirrors for the next several months until it had all gone away on its own.

But not one bit of her French salon experience could be seen under the stocking cap she’d pulled over it. She hated attracting attention and she was smart enough to know that a young woman on her own in a large city could attract the wrong type of attention.

“Are you, eh, Américaine?” a masculine voice said suddenly.

Out of nowhere, a stranger was suddenly at her elbow.

“Uh. Quoi?” Bonnie quickened her pace. Her best sophomore French deserted her as she struggled to say ‘what did you say’ in French even though he’d spoken clearly in a jumble of  English and French. Whatever he was asking her, she wanted him to go away— quickly and not stop bothering her.

Clearly he was, given his accent. It suddenly struck her and she stopped in her tracks. Laughing. She looked at him.

“Why on earth did you just ask me,” she said, barely able to spit the words out between laughs. “Whether I was Américaine?”

“My French is, I guess, worse than yours. But you are clearly so American. In those earth shoes and that plaid coat. I guess it all came out in a jumble.”

“What on earth are you doing here. In Paris?” Bonnie asked.

“I guess I could ask you the same,” Tom said.

5 thoughts on “Where to Open a Big Cheesy Novel? Why Paris, of Course!”

Error: Twitter did not respond. Please wait a few minutes and refresh this page.